I studied SLAM refer to the following book. I'm introducing my studying log in dividing into multiple articles. In this article, I wrote some fundamental knowledge of SLAM as memo.

First problem of executing SLAM is how a trajectory for getting sensor data should be decided. There are 2 kinds of way to decide the trajectory.

The following diagram is an example of 2D/2D SLAM. 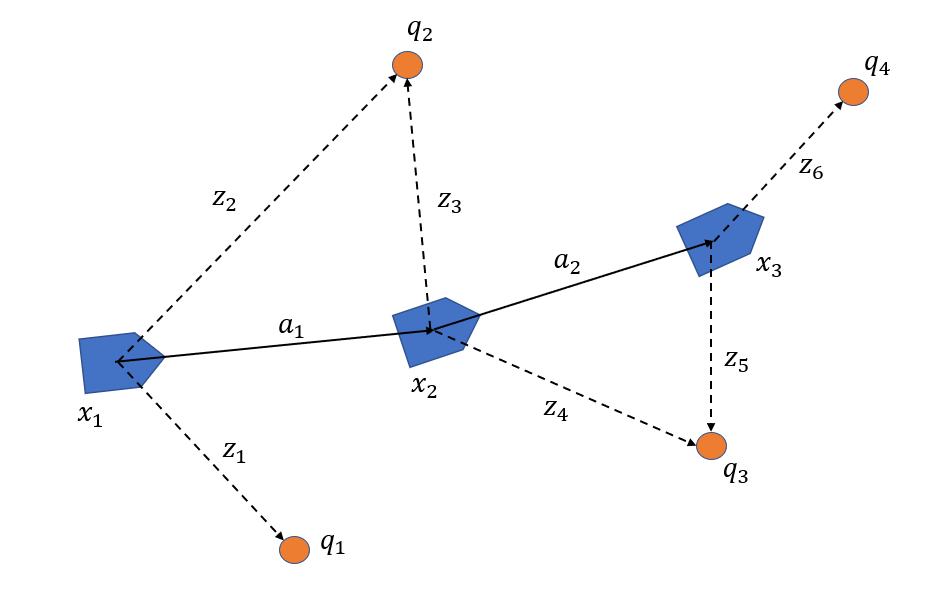 To resolve this problem, the robot need to measure same landmark multiple times. And then, the robot position can be modified by calculating backward with measured landmark position. In the above diagram, the following simultaneous equations. x1 is an initial position and can not be decided. This is defined as an appropriate constant valuables(usually, the origin of map coordinate system).

Typically, this simultaneous equations can be solved by least squares method.

Loop closure is executed by the following sequence.